She has conducted workshops for a variety of organizations, including ARCO Chemical, The Franklin Mint, Merrill Lynch, Morgan Stanley- Dean Witter, New York State Electric and Gas, ConEd, and MichCon. She has worked with the Sheet Metal Workers of North America to create plans and training programs to recruit and retain women and people of color into the building trades She has also developed and delivered Foremen training programs for the New Jersey Sheet Metal Contractors Association.

She has conducted workshops for a variety of organizations, including ARCO Chemical, The Franklin Mint, Merrill Lynch, Morgan Stanley- Dean Witter, New York State Electric and Gas, ConEd, and MichCon. She has worked with the Sheet Metal Workers of North America to create plans and training programs to recruit and retain women and people of color into the building trades She has also developed and delivered Foremen training programs for the New Jersey Sheet Metal Contractors Association.

She is a Professor Emerita from Kutztown University of Pennsylvania where she taught presentation skills, Public Relations Techniques, and Crisis Communication, as well as Leadership Communication. Previously an Assistant Professor of Communication at Penn State University, she won the Outstanding Teacher of the Year Award in 1995. She received her Ph.D. in Rhetoric and Communication from Temple University, and her research on a wide range of topics has been published in both journals and textbooks. Most recently she has been writing about generational differences in the construction trades. She has presented more than thirty juried papers at national and international conferences since 1995.

A former Junior Olympic gold medalist in swimming, Dr. Mitnick now swims for pleasure, lifts weights, and walks. She has lived and taught in Switzerland, and continues to travel extensively in Europe, Mexico and North America. In the Fall of 2000 and again in the summer of 2004 and the fall of 2009 she served as a faculty member with the program Semester at Sea, teaching Intercultural Communication, Public Speaking, and leadership development and strategic communication.

f She continues to present workshops on communication. In her spare time, she is a docent at The Brandywine River Museum in Chadd's Ford, Pennsylvania, and works with Syrian refugees through HIAS (formerly Hebrew Immigrant Aid Society). 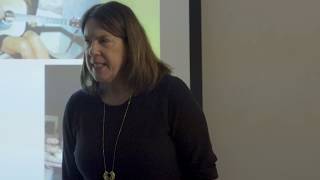 The Fine Art of Getting to the POINT!

The Fine Art of Getting to the POINT!
or, let's keep it simple…
Here's the problem: Americans consume 34GB of content daily; check their phones 150 times daily, and truly only focus for 6 hours per week! Attention spans are shrinking from 12 seconds in 2000 to a paltry 8 seconds today. Worse yet, in corporate America 75% of professionals tune you out in the first minute, stop reading emails after 30 seconds, and listening to you? Forget about it.

This practical and fun workshop will make clear both the difficulties of cutting through the swamp of noise that we muck around in, and the way to a clearer path through the use of five strategies for making your point quickly and memorably. Replacing words with pictures, using the 5 W's of journalists – who, what, where, when, and why, and using the power of the pause effectively are three of these tools.

OF COURSE you can speak in public!

OF COURSE you can speak in public!
This interactive, entertaining and fun workshop will make you a better, more comfortable, more powerful speaker when you must inform or persuade an audience. From discussion of the flight-or-fight phenomenon (why you think you must go to the bathroom right before the speech and in fact you don't!), to the use of elements used by all living creatures on earth (most of them) including us (space, time, language, vocal inflection, nonverbal communication) to make your point.

In a clear three-point presentation you will learn not only to violate your audience's expectations positively, but also to never leave to chance what they remember. And one more thing: today, more than ever, face-to-face communication – one speaker in front of other human beings, live and in person – is still the most preferred means of communicating ideas.

Meetings (Workshop)
I hate meetings, too. Everyone does. Indeed, a recent Forbes Magazine survey indicates that 70% of workers in America hate their jobs or were "totally disengaged." And guess what they (and we) hate the most? Meetings!! Unexpected, uncalled for, boring, nothing ever gets done..MEETINGS!!!!

This engaging workshop demonstrates several simple strategies for making your meetings more effective as we answer the questions: "are the right people included," "do we say ‘thank you' often enough for a job well done?" "how can we better control the agenda," Finally, we will understand the critical importance of taking minutes. Yes! We will also look at the things we should be doing not just during the meeting but before and after as well. You will walk away with a renewed appreciation for a healthy, crisply conducted and successful meeting.