Created by award-winning designer Garrett Burke, concept designer of the California State Quarter, who presents an insider's view of his family's unlikely involvement with creating a lasting keepsake of American history.

Garrett was twice commissioned to design commemorative medals for the American Numismatic Association's World's Fair of Money and received their prestigious Art Award for Excellence in Medallic Sculpture. His Liberty is a Grand Slam design was a finalist for the 2014 National Baseball Hall of Fame Coin. He authored the award-winning book Quarterama and the foreword to historian David Bowers' Guide Book of Washington and State Quarters. 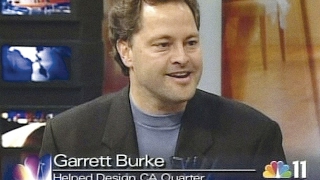 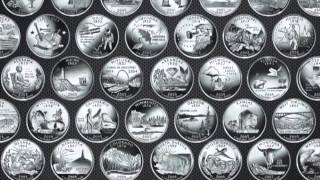 Garrett Makes Cents of America
Explore timeless ideas and inspirations seen atop the popular 50 State Quarters. Go beyond state pride to discover the coin's innovations, individual triumphs, and game-changing historical events. These real-world lessons of our nation's journey offer a roadmap for personal success. Increase the value of your pocket change simply by understanding the powerful stories being told. Garrett shares how his coin idea was selected from 8,300 entries to be minted as half a billion keepsakes of American history.

Garrett's Flip Side of Creativity

Garrett's Flip Side of Creativity
Learn how to capture your audience by using powerful ideas and images. Garrett reveals his creative process and shares techniques cultivated while designing for top Hollywood brands. See how to effectively research topics, reimagine the familiar in fresh ways, and cultivate a garden of concepts for their strongest presentation (even if you're not in the room doing the presenting). Witness how Garrett's unlikely coin idea was selected from 8,300 entries to become the highly-collected California State Quarter.

Created by award-winning designer Garrett Burke, concept designer of the California State Quarter, who presents an insider's view of his family's unlikely involvement with creating a lasting keepsake of American history.