Seeing our planet from space puts humanity's common challenges into perspective. Ron Garan is a retired NASA astronaut who has traveled 71,075,867 miles in 2,842 orbits of our planet during more than 178 days in space and 27 hours and 3 minutes of EVA during four spacewalks.

Ron is also a highly decorated fighter pilot, test pilot, explorer, entrepreneur and humanitarian who believes that appropriately designed and targeted social enterprise can solve many of the problems facing our world.

Read More
Ron Garan Profile
Seeing our planet from space puts humanity's common challenges into perspective. Ron Garan is a retired NASA astronaut who has traveled 71,075,867 miles in 2,842 orbits of our planet during more than 178 days in space and 27 hours and 3 minutes of EVA during four spacewalks.

Ron is also a highly decorated fighter pilot, test pilot, explorer, entrepreneur and humanitarian who believes that appropriately designed and targeted social enterprise can solve many of the problems facing our world.

Ron flew on both the US Space Shuttle and the Russian Soyuz spacecraft. He is also an aquanaut and participated in the joint NASA-NOAA, NEEMO-9 mission - an exploration research mission held in Aquarius, the world's only undersea research laboratory. During this mission, he and the crew spent 18 continuous days living and working on the ocean floor.

Ron Garan's last NASA assignment was with the administration's Open Innovation Initiative to increase transparency, collaboration and innovation within government. In this capacity, Ron has been involved in many global mass collaboration and citizen science programs.

Prior to retiring from the US government, Ron was on assignment with the US Agency for International Development (USAID). At USAID he led an effort called Unity Node to develop a universal, open source, collaborative platform to enable humanitarian organizations around the world to work together toward common goals and assisted USAID to establish an Applied Research for Development Program.

Ron Garan has a sizeable social media following (3.5 million) and is included on Google Plus' "Top 25 Followed" and Kred's "Top 1% Influencer" lists. Ron has been effectively using these platforms to tell the success story of the US and International Space Programs and started an initiative called Fragile Oasis to using his "Orbital Perspective" to inspire people to improve life on Earth.

Outside of his work with the US government, Ron Garan is also a serial entrepreneur who has founded multiple business enterprises and social-impact focused start-ups including Manna Energy Ltd., which was created to leverage the $120B/year Carbon Market to finance humanitarian projects in developing countries. Manna Energy is the first organization in the world to successfully register a United Nations Clean Development Mechanism carbon credit program for water treatment. Manna also developed, under contract with a partner organization, the largest water treatment intervention conducted by a private organization – a four-million person program operating in Kenya, completely funded by carbon credits.

Ron represented Manna Energy Ltd as one of ten global innovators in the field of water purification during the 2009 Launch-Water forum (sponsored by NASA, US State Dept., USAID, and Nike) and is now a member of the Launch Council.

Ron has also been selected as the technical and scientific advisor to the Social Business movement and its founder Nobel Peace Laureate Mohammad Yunus. 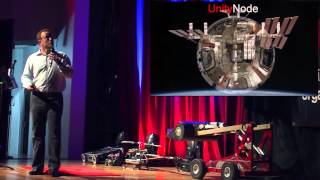 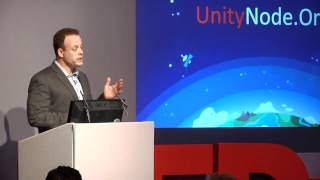 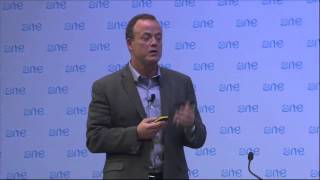 The Orbital Perspective
Lessons Learned from a Journey of 71 Million Miles
Explore topics affecting society, business, the environment, and our lives through the lens of the orbital perspective: trends, patterns and truths emerge that can shift our understanding and perception in a profoundly positive way. Discussing a long-term, big-picture perspective has the power to transform ourselves, our communities, our companies, our nations and the world. Individuals and Global companies, are better positioned and empowered more than ever to lead change and garner profound results.

Leadership in the 21st Century

Leadership in the 21st Century
The Key is We
The true leaders of the 21st century will be those who understand that we can no longer go it alone. The problems facing our world are too big, the challenges too critical and potential catastrophe too imminent to adhere to the old way of doing things. We must be able to find ways to set aside our differences and work together toward our common goals. The successful companies of the future will also realize that they can do well by doing good. Ron Garan knows firsthand that the definition of Corporate Social Responsibility (CSR) is being turned on its head.

Exploration is in Our DNA

Exploration is in Our DNA
Change is Risky Business
The desire to see over the next hill has propelled humanity to ever-increasing capabilities. In society's rapidly changing landscape, not exploring new ways to push human capabilities is no longer an option. With any change comes risk. Ron Garan pulls from decades of risk management experience as a seasoned fighter pilot and astronaut and drives home the point that today, the riskiest course of action is to do nothing. Organizations need to embrace change and understand that the riskiest course of action is to keep doing the same things the same way.

Innovation:
Beyond the Buzzword
Innovation is not doing the same thing better, it's doing something completely new and radically better. The fundamentals of business are transforming and the impossible is becoming possible on a daily basis. Ron Garan illustrates how exponentially increasing technology is causing trends and economic engines to develop that, if embraced and accelerated, could have a profound, positive effect on the environment, society, and a business's bottom line.