Magician/mentalist Jason Randal has made over 100 television appearances and is a regular guest for David Letterman, Craig Ferguson, and Ellen DeGeneres. He's opened for Jerry Seinfeld, Don Rickles, and Dennis Miller, musical acts including Glenn Frey, Styx, and The Temptations, and has performed before twelve heads of state. including the last six US presidents.

Read More
Jason Randal Profile
Magician/mentalist Jason Randal has made over 100 television appearances and is a regular guest for David Letterman, Craig Ferguson, and Ellen DeGeneres. He's opened for Jerry Seinfeld, Don Rickles, and Dennis Miller, musical acts including Glenn Frey, Styx, and The Temptations, and has performed before twelve heads of state. including the last six US presidents.

Randal holds a PhD in social psychology, is a member of MENSA, is a renowned memory expert, and has graduated from a dozen specialty schools ranging from viticulture to real estate.

A five-time national piano guild winner, Jason composes on multiple instruments, recorded six original music CDs. and writes scores for motion pictures, documentaries, and commercial projects. He works in three languages, paints in acrylics and watercolor, and has been published in a variety of magazines. His books include the two volume, Magic for Professionals and The Psychology of Deception.

Randal is a board certified master hypnotherapist, a licensed locksmith, a licensed special effects operator, and a master scuba instructor rated for rescue, photography, nitrox, deep diving, and first aid.

Randal has repeatedly held the master and FAA gold seal flight instructor ratings for both airplanes and helicopters, and the FAA's highest license level - Airline Transport Pilot. He owns a Turbo-Pressurized Centurion airplane and a Turbocharged Enstrom helicopter.

Randal earned his black belt under Chuck Norris, instructed for the Chuck Norris Karate Schools, holds a seventh degree black belt under hall of fame instructor Pat Johnson, and has been featured in Fighting Stars, Karate Illustrated, and Black Belt Magazines. He trained at Gold's Gym with close friend, Mr. Universe, Mike Mentzer, and is listed in the marathon category of Who's Who in American Track and Field.

Randal headed the stuntman program at Sherwood Oaks College, coordinated productions at USC and UCLA, and was the subject of "The Training of Hollywood Stuntmen". His 10 years of stunt work began with the Cannon and CHiPs series on CBS, and eleven motion pictures. His stunt coordinator credits include An Officer and a Gentleman, Breathless, The Fugitives, The Sky's No Limit, and Pretty Woman.

He spent five years with the Los Angeles Sheriff's Office, 2 years on patrol and 2 1/2 years as an academy drill instructor setting the department physical fitness record and earning the distinguished expert shooting award.

As a Hollywood technical advisor, Randal prepared Paul Michael Glasser for his role as Houdini, Mel Gibson for Tequila Sunrise, Tom Cruise for Cocktail, William Shatner for TJ Hooker, and Robert Wagner for Hart to Hart plus conceived numerous celebrity segments for CBS Circus of the Stars. 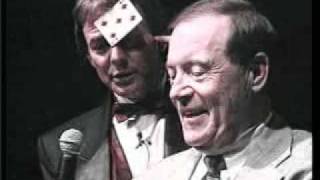 Learn How to "Stretch" Your Memory & Focus
If ever there were a man of action, it's expertise theorist Jason Randal, whose boundless passion has led him to develop a jaw-dropping array of specialties. In his kinetic talk, Randal discusses how to use "stretching" to increase memory and focus, the relationship between play and learning, and the transformative power of surrounding yourself with enthusiastic, passionate people.