In 2010, Jimmy Tingle was chosen to give the Commencement address in front of thousands of people at Harvard. He'd just received his Masters Degree in Public Administration. Being that he was in the midst of many great academic minds, Tingle felt he should explain himself.

"I'm a comedian by profession and have traveled all over the world performing stand-up comedy," he said. "I don't want to brag, but two years ago I performed in Europe. I'd just like to say ‘excellent country!'" He punctuated it with an enthusiastic thumbs-up gesture.

Read More
Jimmy Tingle Profile
In 2010, Jimmy Tingle was chosen to give the Commencement address in front of thousands of people at Harvard. He'd just received his Masters Degree in Public Administration. Being that he was in the midst of many great academic minds, Tingle felt he should explain himself.

"I'm a comedian by profession and have traveled all over the world performing stand-up comedy," he said. "I don't want to brag, but two years ago I performed in Europe. I'd just like to say ‘excellent country!'" He punctuated it with an enthusiastic thumbs-up gesture.

As the students, families and faculty erupted with laughter, Tingle went on to explain, "People asked me all year why would a comedian want to go to The Kennedy School of Government at Harvard. I told them: ‘the same reason all of you wanted to go to Harvard… We got in!'"

Yes, there was that. But also, as a political humorist he wanted to dive deeper into those murky waters of politics.

The Cambridge, Mass.-born Tingle has a career spanning three decades, as a comedian, writer, actor, activist and entrepreneur. He rose up from the Boston comedy boom of the ‘80s, the scene that spawned Denis Leary, Bobcat Goldthwait and Paula Poundstone.

He did two seasons of "60 Minutes II" on CBS in the "Andy Rooney" spot. Tingle was less curmudgeonly journalist and more exasperated, wry comic. "Some cities are using money from parking tickets to fund the schools," Tingle told "60 Minutes II" viewers. "Why is the quality of a child's education being influenced by their parent's inability to park? ‘Dad, the school needs a computer! ‘Don't worry, son, I'll leave the car in front of the hydrant.'"

Tingle also worked as a contributor and satirist for MSNBC and has appeared on The Tonight Show, CNN, "Larry King's Weekend," "Late Night with Conan O'Brien," "The American Comedy Awards," as well as his own HBO half-hour comedy special. He has also been a guest on NPR's "Fresh Air with Terry Gross" and appeared regularly on "Heat" with John Hockenberry.

Tingle grew up working class. That perspective – coupled to his Catholic background, particularly the social justice side of the faith – continues to be a major influence in Tingle's life, politics and worldview. Tingle's father owned and drove taxicabs in his hometown. "As kids," Tingle says, "the cab was our family car and we went everywhere in it. One time my father took us hunting in the cab. We looked pretty funny pulling up to the forest in a big yellow cab. Bears were looking out of the forest completely dumfounded: "Somebody call a cab?"

Tingle has produced several comedic and theatrical productions including Jimmy Tingle's Uncommon Sense at the storied Hasty Pudding Theater at Harvard, which became the longest running one person show in that theater's history.

He also wrote, produced and starred in his first documentary film "Jimmy Tingle's American Dream" which aired on over 60 PBS affiliates. Other film credits include small roles in Larry David's "Clear History," Chris Rock's "Head of State," "Next Stop, Wonderland" and "Boondock Saints." He played himself in the International Emmy Award-winning documentary on arts censorship "Dammed in the USA".

Theatrical credits include writing and starring and producing four one-person shows, all of which were directed by Larry Arrick: Jimmy Tingle's Uncommon Sense; The Promised Land; Jimmy Tingle's American Dream and Jimmy Tingle for President: The Funniest Campaign in History. (The latter two shows are available DVD.)

Tingle has the rare distinction of winning Boston magazine's "Best of Boston" awards in two different categories. He won as a performer in the "stand-up comedy" category and then the venue he founded in 2002, Jimmy Tingle's OFF BROADWAY, was named "best alternative theater." Tingle was artistic director-producer at the Somerville, MA theater through 2007.

His newest stand up comedy show "Making Comic Sense of 2013" was recorded as a one hour radio special and is available at PRX.org.

Tingle continues to tour the country, performing, in theaters and for colleges, non-profit organizations, private parties and corporate clients. 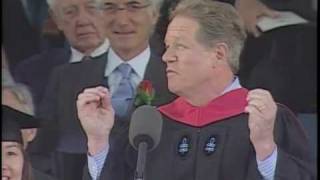 Jimmy Tingle! Making Comic Sense
From 60 Minutes II and MSNBC, comedian and commentator Jimmy Tingle captures the sweet spot between Jon Stewart and Stephen Colbert. His unique brand of topical yet timeless comedy is as insightful as it is hilarious. Jimmy Tingle will make you laugh, make you think, and make you feel better. Clean, funny intelligent humor for all audiences.

Jimmy Tingle for President
The Funniest Campaign in History
As the upcoming 2016 Presidential election season unfolds against the backdrop of Donald Trump and the Republican candidates on the right and Democratic candidates Hillary Clinton and Bernie Sanders on the left, Jimmy Tingle has constructed another hilarious, thought provoking and politically charged one-man show based on his 2016 run for the presidency.

As the founder of Humor for Humanity Tingle is running on his comedic record. The campaign underlines his passion and creative thinking on every issue the next president must grapple with from money in politics and free speech to climate change, immigration, gun safety and technology. Despite the seriousness of the issues confronting America and the world, Jimmy Tingle for President is the Funniest Campaign in History.