Adventures Around the World and Across the Table
Laugh-out-loud funny and salt-of-the-earth wise, celebrated journalist and producer Linda Ellerbee leads us on a gastronomic journey from Italy to Afghanistan, Mexico to Massachu...

Read More
Take Big Bites:
Adventures Around the World and Across the Table
Laugh-out-loud funny and salt-of-the-earth wise, celebrated journalist and producer Linda Ellerbee leads us on a gastronomic journey from Italy to Afghanistan, Mexico to Massachusetts, with some very entertaining detours along the way-plus photos and recipes.

Linda Ellerbee is an outspoken journalist, award-winning television producer, writer and anchor, best-selling author, a breast cancer survivor, a mom, and a grandmother (and one of the most sought-after speakers in America).

Ellerbee began her career in 1972 at the Associated Press. In 1973, she was hired to be an on-air reporter at KHOU in Houston, Texas. Six months later, she was offered a job at WCBS, New York, as the "hard news" reporter for the 11pm newscast.

Read More
Linda Ellerbee Profile
Linda Ellerbee is an outspoken journalist, award-winning television producer, writer and anchor, best-selling author, a breast cancer survivor, a mom, and a grandmother (and one of the most sought-after speakers in America).

Ellerbee began her career in 1972 at the Associated Press. In 1973, she was hired to be an on-air reporter at KHOU in Houston, Texas. Six months later, she was offered a job at WCBS, New York, as the "hard news" reporter for the 11pm newscast.

In 1975, she moved to NBC (national) News where she was Congressional Correspondent and spent years covering national politics.

In 1982, she pioneered the late-night news program NBC News Overnight, which she wrote and anchored, along with Lloyd Dobyns and, later, Bill Schechner. Overnight was cited by the duPont-Columbia Awards as "possibly the best written and most intelligent news program ever."

In 1986, Ellerbee moved to ABC News to anchor and write Our World, a weekly primetime history series. Her work on Our World won her a national News & Documentary Emmy.

2011 year marked the 22nd anniversary of Nick News, the longest running children's news program in television history. Nick News is watched by more children than watch all other television news shows put together -- and has earned honors traditionally associated with adult programming. Known for the respectful and direct way it speaks to children about the important issues of our time, Nick News has collected three Peabody Awards (including one personal Peabody given to Ellerbee for her coverage of the Clinton investigation), a duPont-Columbia Award and nine national Emmys for Outstanding Children's Program.

In 2009, Nick News received the Edward R. Murrow Award for best Network News Documentary -- and made history as the first children's television program ever to receive this prestigious award.

For the last 22 years, Ellerbee and her work also have been seen all over the television universe, as Lucky Duck Productions has produced and continues to produce specials for ABC, CBS, PBS, HBO, MSNBC, MTV, Lifetime, A&E, WE tv, Logo, truTV, Animal Planet, TV Land, SOAPnet and TBS, among others.

In 2004, Ellerbee was honored with another Emmy for her series, When I Was a Girl, which aired on WE: Women's Entertainment.

Ellerbee's first book, And So It Goes (1986), a humorous look at television news, became an instant best seller. Her second book, Move On, (1991), contains stories about being a working single mother, a child of the ‘60s and a woman trying to find some balance in her life, was also a best seller, as was her third book (published in 2005), Take Big Bites: Adventures Around the World and Across the Table, a humorous account of her love of travel, talking to (and eating with) strangers, and, according to Ellerbee, "oh, just making trouble in general."

Her foray into books for children, an eight-part fiction series entitled Get Real (published in 2000) about middle school students who start a school newspaper, won (and continues to win) her raves among young readers.

As a popular and versatile speaker, Ellerbee travels thousands of miles each year, inspiring audiences with her insight and filling banquet rooms and concert halls with laughter. They come to hear her trademark wit and wisdom on everything from how to survive corporate America with your values intact, to how to survive breast cancer and live to laugh about it (also, she often speaks to medical groups concerning healthcare from a patient's point of view), and in general how to accept, even embrace a changing world, perhaps making a few changes yourself.

Although Ellerbee has won many of television's highest honors, she says it's her two children who've brought her the richest rewards. Her son is a journalist, and her daughter is a novelist. Ellerbee spends her personal time in New York City and Massachusetts with Rolfe, her partner in work and life, and their dogs, Daisy and Dolly. 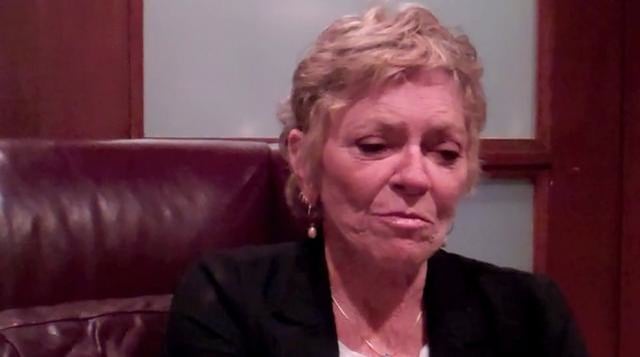 Change Is a Form of Hope

Change Is a Form of Hope
Ellerbee uses her well-known wit and her personal stories to send a strong message that change, life's only constant, need not be met with fear, that to risk change is to believe in tomorrow, and that you can indeed survive a changing world with your heart intact. She's survived the trials of being one of the first women in her field, working for years in corporate America, raising two kids as a single mother, starting her own company, losing both her breasts to cancer, and overcoming her own pig-headedness (something she still has to work at). She shares her personal rules for surviving change, inspiring women (and men) to be strong, encouraging them to make noise, and urging them to do the right thing. In her extraordinary life and career, Ellerbee has learned that change is the norm, and that it's better to make it than be caught by it.

Surviving Breast Cancer to Laugh Another Day
Ellerbee knows that cancer is a family disease, even a cancer that strikes mostly women. In her rightfully famous speeches on this subject, she describes her own journey through cancer, from the devastation of diagnosis, the loss of both breasts, walking through the dark valley of chemo, wrestling with the fear of death -- and how good it feels to still be on the right side of the grass 20 years later. She talks of dealing with the medical profession, family and friends -- all of whom, even when well intentioned, occasionally seem misguided or absurd, if not downright silly. Ellerbee encourages women to become partners in their treatment, to stand up for themselves, to make a big noise, to fight -- and fight back. She speaks directly to the hearts of women, sharing stories that make them laugh and make them cry, and then show them how to find the beauty -- and healing powers -- of laughter through tears. Life goes on. So can you.

How To Succeed and Still Hang Onto Yo...

How To Succeed and Still Hang Onto Your Values
How to build a strong career by doing it your way. How to find your own power. How to not lose yourself or your values as you rise in your work. How you can -- and cannot -- balance work and family. How you can manage to stay human by managing a company humanely. Ellerbee delivers a series of useful messages to employers and employees through plenty of humor and stories -- from having a boss to being the boss. And still being able to face yourself in the mirror. What she offers is nothing less than a new template for a new century of working women -- and men.

How to Raise Media-Savvy Kids

How to Raise Media-Savvy Kids
In the future, kids will learn to use the media that surround them as tools, or they will be tools of that media. Television. The Internet. Smartphones. Facebook. Twitter. What's next? Parents and teachers need some help here. What is media literacy and how do you teach it to kids? Ellerbee, using (as always) humor and personal stories to make her points, offers insight, perspective and simple advice gained from speaking with (and listening to) kids for over 20 years on the critically-acclaimed and longest-running children's news and documentary series in television history, Nick News with Linda Ellerbee... and from raising two media-savvy kids of her own.

PLEASE NOTE: THIS SPEECH MAY BE TAILORED FOR EDUCATION GROUPS. Ellerbee will talk about how teachers can use media as a teaching tool and turn media from the enemy into the teacher's friend.

Other Titles
And So It Goes: Adventures in Journalism
From newspapers to networks, she's gone from covering fires and parades to presidential debates and international terrorism, and collected some of the most prestigious awards along the way. Ellerbee talks about her experience as a veteran journalist.

Kids, Television, and the News
Ellerbee talks about her journey to producing children's television - how she created Nick News, her long-running series on Nickelodeon and "what I've learned about children, television and the real world."

PLEASE NOTE: THIS SPEECH MAY BE TAILORED FOR EDUCATION GROUPS. Ellerbee talks about how teachers can use television as a teaching tool and turn television from the enemy into the teacher's friend.

How to Survive a Changing World and How to Change Your World
Ellerbee gives her rules for surviving a changing world with the heart intact - from surviving breast cancer, to climbing mountains, from overcoming obstacles to making a noise. In her life and in her career, Ellerbee has learned that change is the norm.

Adventures Around the World and Across the Table Laugh-out-loud funny and salt-of-the-earth wise, celebrated journalist and producer Linda Ellerbee leads us on a gastronomic journey from Italy to Afghanistan, Mexico to Massachusetts, with some v...

Read More
Take Big Bites:
Adventures Around the World and Across the Table
Laugh-out-loud funny and salt-of-the-earth wise, celebrated journalist and producer Linda Ellerbee leads us on a gastronomic journey from Italy to Afghanistan, Mexico to Massachusetts, with some very entertaining detours along the way-plus photos and recipes.