Armstrong`s mission in life is to better people`s lives by educating them on how to use technology to enhance their personal and professional lives. Armstrong translates technology for both the public and businesses audiences, as well as for tech enthusiasts and non-tech audiences alike, through his TV segments, public speaking, in print and online.

Armstrong`s mission in life is to better people`s lives by educating them on how to use technology to enhance their personal and professional lives. Armstrong translates technology for both the public and businesses audiences, as well as for tech enthusiasts and non-tech audiences alike, through his TV segments, public speaking, in print and online.

Mario covers the stories, headlines, business, issues, gadgets, technology companies, and the impact of technology on our lives. He helps parents deal with the difficulties of raising children that are more technologically-savvy than the adults raising them. He entertains and educates audiences about how technology impacts our society and businesses.

He appears regularly on TV and radio; Mario is the Digital and Technology Commentator for NBC`S Today Show, HLN, Fuse and CNN. In addition, Mario has appeared on the following shows: Dr. Oz, Steve Harvey, Rachael Ray, Nate Berkus, Katie Couric, and Inside Edition. In print, Mario recently started a quarterly column in Black Enterprise Magazine. On radio, Mario is a technology contributor for NPR`s Morning Edition and Tell Me More programs.

Before his career as a media personality, Armstrong worked in the tech industry for more than twelve years and was the first Chief Technology Officer of Baltimore City for then Mayor, Martin O`Malley. Armstrong also served as IT Director for the State of Maryland`s Tourism Department. Additionally, Armstrong was one of six people chosen from the United States to be part of a Technology Delegation and meet with tech entrepreneurs in Seoul, South Korea, to discuss new international business partnerships.

Additionally, Mario is considered a social entrepreneur as he is super passionate about influencing, engaging and educating youth to pursue STEM (Science, Technology, Engineering, Math) fields, careers and entrepreneurship. Mario has experience working directly with teenagers to develop and design an online youth tech social network called TechTechBoom.com. This company morphs kids from passive users of cell phones and laptops into the next generation of digital scientists, innovators and activists by increasing their interest and knowledge in STEM. Armstrong was also a co-founder of the Urban Video Game Academy–an educational non-profit program that uses the allure, interactivity and development process of video games to increase students` interest and academic achievement in STEM. The program was featured in USA Today, on CNN, and in Newsweek magazine. His voice is featured in a fun and educational video game entitled, "SpaceStation Sim," developed by Vision Video games for NASA. 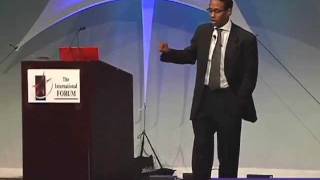 The Digital Opportunity:
Technologies you should use for Tourism and Economic Development

Classrooms of the Future NOW!

Classrooms of the Future NOW!
A look at tech tools to use in the educational environment

Other Titles
~Unlocking the Power of Technology to increase your productivity and business growth
~Digital Lifestyle; How Technology Impacts, the way you Work, Live & Play!
~Online Safety for students
~From Zero to Breakout - how to use technologies to accelerate your growth
~Tech careers and digital opportunities for students
~New Media; how social networking and new media technologies are impacting your industry and changing how we communicate, teach, learn and grow
~Technology Now & Tomorrow
~Web 2.0 marketing and branding
~Inspiring the Future Leaders of Tomorrow