Hundreds of Ways to Grow Your Profits
TOTAL PROFIT ABILITY, shows you how to grow your business to Total Profitability, which is when everyone and everything within your business contributes to growing your bottom line wh...

This book will start you - and your people - focusing on growing your profits in many ways you may not have realized were possible.

Every day, everyone and everything within your business should contribute to your bottom line!

Michael has addressed thousands of business executives and professionals, as well as numerous colleges and universities, in English and Spanish, in 18 different countries. As a speaker with over 25 years experience, he has been awarded the Wordsmith Award for Platform Excellence, and has also earned the coveted SP (Speaking Professional) designation from the National Speakers Association - Illinois.

Mike is married, has two children and three grandchildren. He has lived over 25 years in foreign countries, done business in dozens of others, and addressed business audiences in 19 nations speaking in at least two - and on one occasion - even three languages.

Born in New York where he lived for his first 11 years, Mike later lived in Latin America where he went to high school. Later, he served in the U.S. Air Force and was stationed in Panama where he was involved in Air-Sea Rescue, traveled all throughout South America, went through jungle survival training, and even hiked along the ancient Gold Trail that the Spanish Conquistadors traveled as they transported gold across the Isthmus from the Pacific to the Atlantic coasts. He was also stationed in California at a combined Air Training Command and Strategic Air Command base where he trained pilots in high altitude techniques.

Along the way, he has lived through a violent revolution, a few earthquakes, some jungle trips, high altitude journeys, climbed mountains, hiked across the width of the Andes, traveled up a jungle river in a steamboat, been on a few really scary flights, and eaten some truly exotic foods. He`s gone swimming in tropical rivers, hiked up snowy peaks, stared down into the crater of a live volcano, and gone jogging in rather unusual locations. In addition, he also ran (and finished) the Chicago Marathon.

An avid reader, Mike devours an average of five books a month on a wide variety of topics ranging from the latest business theories to history of every period from the civilization of the ancient Greeks to 20th century wars and politics.

He has written numerous articles (on business topics), essays, short stories, three novels for younger readers, a book on selling to industry, another book that combines famous quotations with a journal, a history of the Spanish Conquistadors` pursuit of gold in the New World, and a workbook for people who are interested in developing Global Business Skills.

Mike is known for his depth of business understanding, his enjoyable presentation style, and his sense of humor which tends to permeate all his activities. 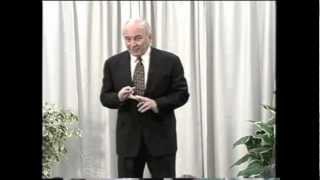 GROWTH & PROFITABILITY
~How to Build a Profit-Making Machine
~A 30-Point Strategy for Increasing Your Profits
~Growth Strategies for Tough Times
~Grow Your Markets and Your Profits!

Hundreds of Ways to Grow Your Profits TOTAL PROFIT ABILITY, shows you how to grow your business to Total Profitability, which is when everyone and everything within your business contributes to growing your bottom line while creating greater valu...

This book will start you - and your people - focusing on growing your profits in many ways you may not have realized were possible.

Every day, everyone and everything within your business should contribute to your bottom line!