Randi is perhaps best known for her song What Matters, a benefit single that has raised more than $45,000 dollars for the Matthew Shepard Foundation, whose goal is to replace hate with understanding, compassion and acceptance. A documentary about What Matters, has won several film festival awards and the song was featured in the NBC film, The Matthew Shepard Story. Several choirs have performed the choral version of Randi's song, (arranged by Kevin Robison) including the GMCLA, live at the Disney Hall, and the NYGMC live on stage at Carnegie Hall.

Randi tours year round promoting her independent music and has successfully moved over 20,000 copies of her original music.

Randi is a trained actress, pianist and vocalist and she has appeared in commercials, documentaries and most recently, alongside Mary McDonnell and Bradley Whitford in The Laramie Project, Epilogue at the Broad Stage in Santa Monica.

Randi is also a professional public speaker and she appears regularly at Colleges and Universities, presenting her program, "Music That Matters"

Randi Driscoll's latest release, 365 Days, is a musical collaboration with Grammy Award Winning Producer, Larry Mitchell and can be found at cdbaby.com and iTunes. 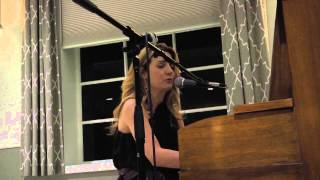 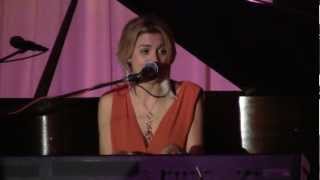 What Matters - Music, Stories, & Inspiration
Singer and songwriter Randi Driscoll has been touring North America for several years entertaining large and small audiences with her blend of powerful music and words, inspiring praise for her musical talents and her dedication to social justice.

In "What Matters" you get a dynamic and passionate session with a singer who has dedicated herself to her artistry and to the issues surrounding human dignity. Randi has shared the stage with several well-known artists with the same commitment to human issues, including; Jason Mraz, Bonnie Raitt, Bruce Hornsby, Dave Koz, Rufus Wainwright and Cyndi Lauper. Randi's stories are woven through her music, touching on the people that have inspired her and the events that have helped her stay true to her path while maintaining her integrity.

One of Randi's greatest accomplishments is her award-winning song "What Matters," written in memory of Matthew Shepard, the young University of Wyoming student who was murdered in an anti gay hate crime. What Matters was released as a benefit single and that song has raised more than $45,000 dollars for The Matthew Shepard Foundation, an anti hate crime charity. Randi is a frequent guest of Judy Shepard at national media events and award ceremonies. In her program, Randi shares this song and many others inspired by human events. Each original song inspires compassion and hope. Her goal is to use songwriting to create a positive and inspirational message.

What makes Randi's program unique is the blend of humorous and heartfelt storytelling with her wonderfully powerful music. Randi's stories from the road, near misses with fate and uncanny meetings with well known figures makes for an entertaining session with a national touring artist. She has chosen to take her message to young adults, corporations, health care professionals and educators across the nation in hopes of inspiring them to take an even more positive role in their communities. Randi is also a popular choice for any program mixing entertainment with social justice, diversity awareness programming, women's issues and character building.

For younger audiences Randi has adapted her program to include interactive games and age appropriate music. Randi's program can be specifically modified for almost any group.

Randi's performance credits include appearances at The Japan Center for the Arts (Los Angeles), Lincoln Center (New York), The Reagan Center (Washington, DC), Places des Arts (Montreal), Paramount Studios (Los Angeles) Seattle Opera House, East County Performing Arts Center (San Diego) and over 150 schools and colleges nationwide. Her music has been featured in commercials, television, films and the award-winning documentary, "What Matters" based on the journey of her song.

Randi has been honored to perform her music for Secretary of State, Hillary Clinton, Pride Award recipients Whoopi Goldberg, and Rufus Wainwright, as well as several dignitaries and celebrities throughout her career in the entertainment industry.